Heart-leaved moonseed (Tinospora Cordifolia)- Tinospora cordifolia is a shrub that is native to India. Its root, stems, and leaves are used in Ayurvedic medicine.Tinospora cordifolia contains many different chemicals that might affect the body. Some of these chemicals have antioxidant effects. Others might increase the activity of the body's immune system. Some chemicals might have activity against cancer cells in test animals. Most research has been done in test tubes or in animals. There isn't enough information to know the effects of Tinospora cordifolia in the human body.

T. cordifolia is used in the Indian Ayurvedic system of medicine for the treatment of jaundice, diabetes, and rheumatoidarthritis, and is also used as an immunostimulant. Experiments have examined its antineoplastic, antioxidant, hepatoprotective, hypolipidemic, and immunologic properties; however, few clinical trials exist.

Indian gooseberry (Phyllanthus emblic)- Emblica officinalis is arguably the most important medicinal plant in the Indian traditional system of medicine, the Ayurveda .
The fruit also known as Indian gooseberry or Amla, has been an herbal component of Thai traditional recipes believed to slow down the aging process but is also used to treat many ailments such as common cold and fever, as a diuretic, laxative, liver tonic, refrigerant, stomachic, restorative, alterative, anti-pyretic, anti-inflammatory, hair tonic, to prevent peptic ulcer and dyspepsia, and as a digestive.

According to Ayurveda, Aamla or Amla fruit is sour and astringent in taste, with sweet, bitter and pungent secondary tastes. Aamla’s qualities are light and dry, the post digestive effect is sweet and its energy is cooling. As per Ayurveda, Aamla or Amla balances all the 3 doshas. Aamla or Amla is used to revitalising potency and the digestive system, rejuvenating longevity, treat constipation , reduce fever, purify the blood, reduce cough, alleviate asthma, strengthen the heart, benefit the eyes, stimulate hair growth, enliven the body, and enhance intellect.
Indian gooseberry helps reduce blood sugar in diabetics. 1 tablespoonful of Aamla or Amla juice mixed with one cup of bitter gourd juice, if taken early morning for two months, can control blood sugar.Is considered an effective remedy for heart disease.Helpful in tuberculosis of lungs, asthma, and bronchitis.Prevents ageing and maintains strength in old age Helps enriching hair growth and hair pigmentation. Improves immunity and protects from common cough and cold. 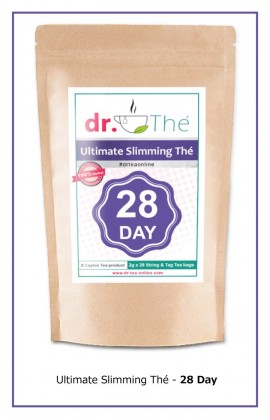